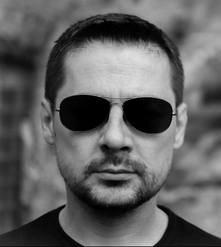 The founding member of BEAMSHIP and FRONTIER GUARDS projects. He is responsible for composing music, writing lyrics and „electro-vocal“ (vocoder).

Dark ambient project. H.E.E.L., releaset at Monopolrecords together with Patrik Lev and Tom Galle (album: „LIGHT IN THE HELL“ 2005) 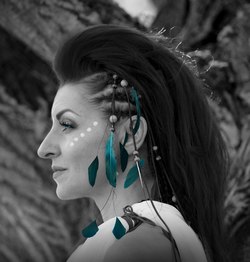 She comes from a musical family. In 1980-88 she studied singing and piano at the People's School of Art in Ceske Budejovice.

In 1994 she became known to the wider music public as a singer of fiction, a joint project of Mejla Hlavsa and the Vozáry brothers. The band has released three albums: STRANGE FEELING (1995), NEVERENDING PARTY (1996), NIGHT AND DAY (1997). It was at this time that one of the great hits of the 1990s, The Poetic Quiet, was emerging.

Since 2002 he has been working in the SKYLINE electronic group. Within six years they perform at leading domestic clubs and festivals, as well as in foreign clubs in London or Paris. Together they release three albums: URBANICA (2004), VIRGINPLATONICPANIC (2006), ESCAPISM (2008).

In 2008 he worked on his solo album under the pseudonym JI. The author's debut FEED MY LION with the distinctive handwriting of producer Armin Effenberger is released in early 2010. Three singles from the album made it into the top ten ifpi, which monitors the most played Czech songs on radio. With this album Jitka will go on two tours with her band JI & MOTHER DUCKS.

Since 2011 Jitka has been accepting the offer of the renewed OCEAN group, with which it operates to this day. In spring 2016 a new author's album VE SMÍRu is released and in 2018 the album FEMME FATALE is released.

Jitka also performs with the SOUTH BOHEMIAN PHILHARMONIC as part of the WARHOL & UNDERGROUND project in the musical adaptation of Mejla Hlavsa and Dusan Vozáry, dedicated to Andy Warhol and the legendary album The Velvet Underground & Nico. Since 2018 he has been singing in the project WHAT MEANS TO LEAD HORSES with THE PLASTIC PEOPLE OF THE UNIVERSE AND THE BRNO PHILHARMONIC ORCHESTRA. 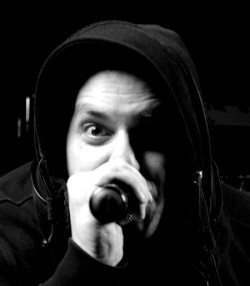 The founding member of Depressive Disorder band since 2001. He is responsible for composing music, writing lyrics and using his characteristic vocal as the band’s distinctive trademark.

Dark ambient project H.E.L.L., released at Monopolrecords together with Martin Pavlík and Tom Galle album "Light In The Hell" (2005). A symbiosis of industrial sounds and graphic collages of Tom Galle.
Patrik Lev was contacted to contribute keyboards and samples to Forrest Jump album “Monolit” (2012)

in 2020 Collaborated on the composition "RELOAD" (music, lyrics, vocal) 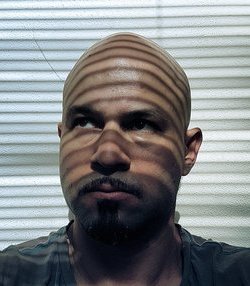 By 2001 he was in the band Darkwood in Martin (Slovakia), which later started also operate in Prague. There was renamed Long Queue.

Finally, in 2007 moved back to Slovakia, where in 2009 met Martin Pavlik, who later offered cooperation to the upcoming CD Battleground. 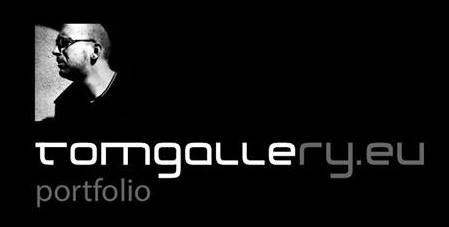 Photography has been my hobby since when I was a kid.

At 17 I began taking it seriously and began working on my professional career.

Since 2000 I teach at the Brno Photoschool, where I am trying to give everything I have learned and discovered about photographic media to my students.

Apart from creating static photographic images I am interested in animating images into one hour projections with musical accompaniment.

I put into my work my passion for music, film, literature, and philosophy, and technology as well.

I consider myself a self-taught, although I studied at the ITF in Opava. However, I did not finish the school.

I started to work on the project MASSES FOR PICTURES in September 2001. Currently, there are the following cycles : „LIGHT IN THE HELL“ „PREDESTINATION“, “ INTERFACE “, „LAMENT“, „SECRET ZONE“ and „STATE OF THINGS“ . These cycles are the result of my long-term work with photographic images. Cycle LIGHT IN THE HELL is, from a technological point of view, built largely on black and white negative and positive scans of material – images which were created in the years 1986 to 2006. These digitized photographic images were further processed on a computer using tools derived from classical photographic techniques. This cycle contains in itself the file named CRV which was created exclusively in an analog way, and the computer was used merely for coloring it. It is the result of my interest to treat photographic medium just freely and not to be limited by its “naturalism”, which, however, seemingly paradoxically, is fascinating me . Additional cycles are already based on digital photography. In the construction of my photographic image I aim to work completely free with the photographic data. It is photographic painting – “cyber pictorialism”.

Poetics of images is also related to my relationship to art and other artistic disciplines such as literature (fiction and non-fiction ), movies, music, architecture … Images, of course, contain in themselves an existential reflection. It is a reaction to the reality in which I find myself – it is a way of coping with it. It is a strong and positive drug based on image possession in its mysterious planes and layers …